Tag Archive for Deadlier Than the Male 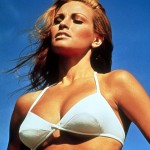