Tag Archive for Son of Dracula 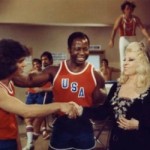